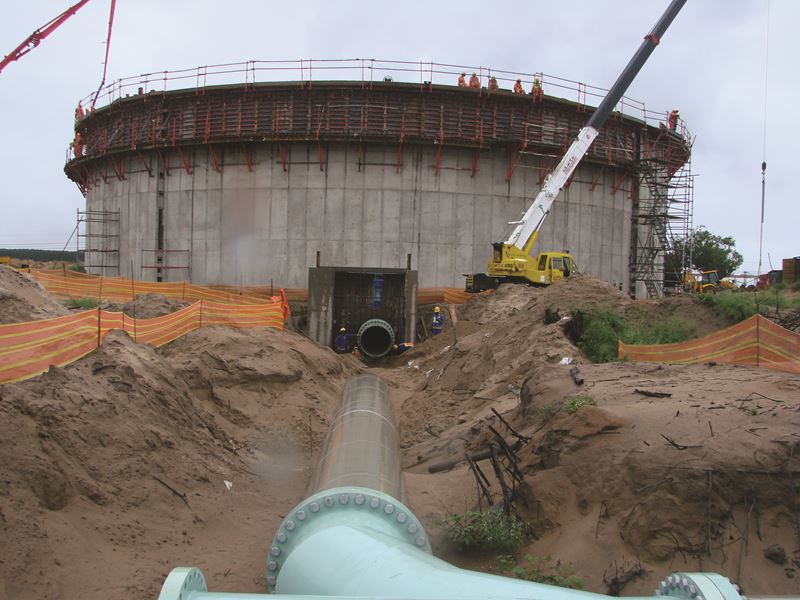 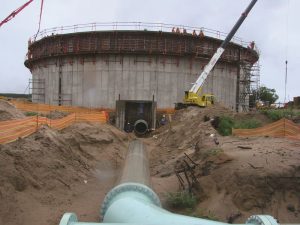 A second reservoir, also undertaken in joint venture (ORO Projects 16%, Vitatype 99 CC 16% and Stefanutti Stocks Civils KZN 68%), was awarded in mid-2015. Clearing of this second adjoining site began in September 2015, at which time the civil construction of the first reservoir was at 42% complete.

Each contract entailed the construction of a 20-megalitre reservoir with associated bulk infrastructure, bulk earthworks and pipework.

The construction methodology on both reservoirs proceeded as below:

In both contracts the reservoir bases, walls and floors are completely separate structures separated only by Kilcher Bearings that have a load-bearing capacity of 18 ton/metre.

The pipework tie-ins involved tying in to existing live lines with specified limited, restricted intervals, so as not to interrupt the water supply to the nearby Mondi mill.